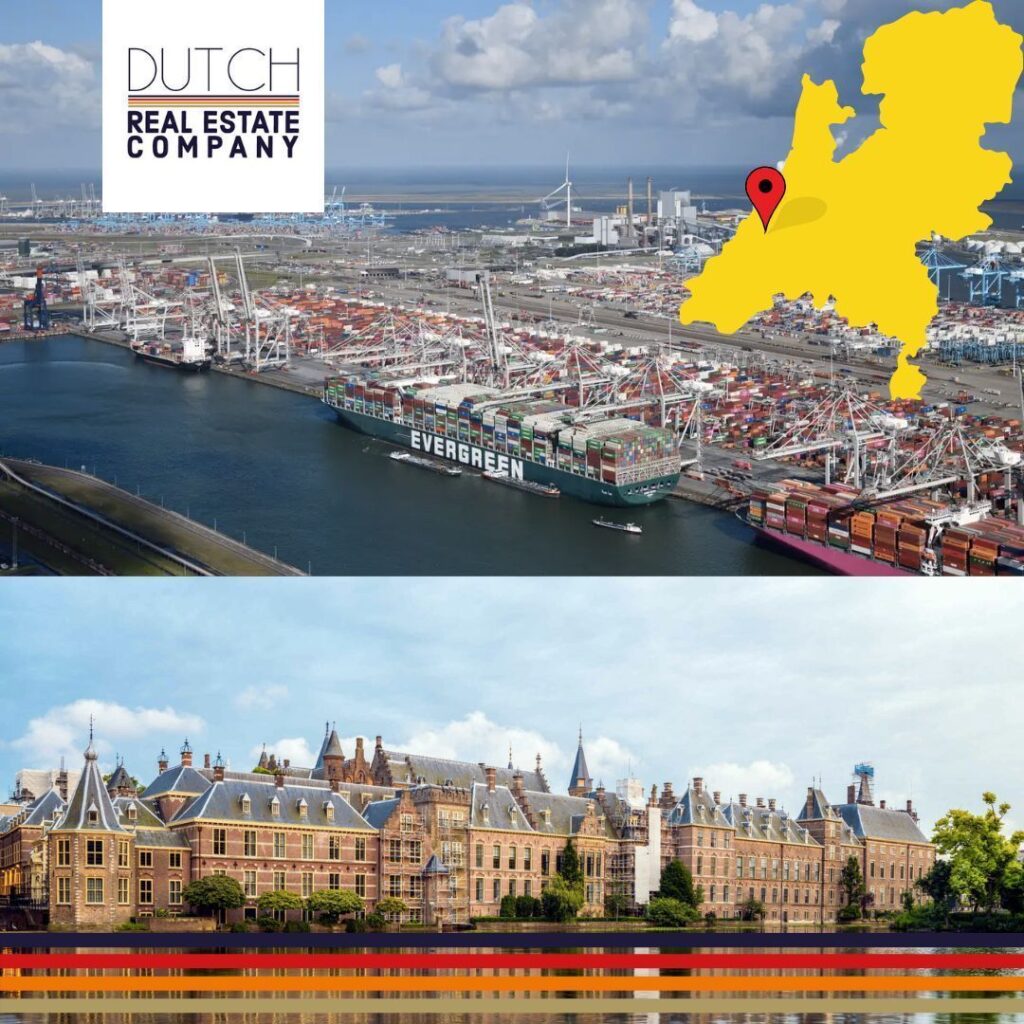 South Holland, something to do for everyone!

The sixth province we visit is one of the most densely populated and industrialized areas in the world! The largest city of this province is Rotterdam (+-625,000 inhabitants), however, the capital is The Hague, which is also the residence capital of the Netherlands. South Holland is located on the North Sea coast and was previously 1 province with North Holland, until the split in 1840.

The Mauritshuis in The Hague has been a museum since 1822 (which means it celebrates its 200th anniversary this year!) with mainly paintings from the Golden Age. The permanent collection includes world-famous works such as Girl with a Pearl Earring and View of Delft by Johannes Vermeer, ‘Soo Voer gesgen, soo na gepepen’ by Jan Steen, The Bull by Paulus Potter and The Anatomy Lesson by Dr. Nicolaes Tulip by Rembrandt van Rijn.

The Mauritshuis is originally a city palace, built for Johan Maurits Prince of Nassau-Siegen in the 17th century. The architecture of the building, designed by the painter-architect Jacob van Campen, has been imitated many times. The building on the Hofvijver is owned by the Dutch state and belongs to the ‘Top 100 of the Rijksdienst voor de Monumentenzorg’ from 1990.

The Kinderdijk windmills have been on the UNESCO World Heritage List since 1997. The 19 windmills are divided into a row of eight mills on the Nederwaard (these are the round stone mills), a row of eight thatched octagons on the Overwaard, with a seesaw mill next to it; the Blokweerse mill that drains the Blokweer polder and two thatched octagonal mills in the Nieuw-Lekkerland polder.

The environment of Kinderdijk is a fantastic place for a day out in the nature and culture of South Holland. The area is part of the most beautiful cycling and walking routes in the Netherlands, and rightly so! From the windmills and pumping stations you cycle along the dikes and through the polders, right through the Green Heart with its romantic villages, historic fortified towns and the bustling inner cities of Dordrecht and Rotterdam.

The White House is a building in Rotterdam that was the first skyscraper in Rotterdam. It is also considered by some to be the first skyscraper in Europe (although that title is also awarded to the Boerentoren in Antwerp). In 1940 it was one of the few buildings in the city center that withstood the bombing of Rotterdam. In the 1990s it was restored as much as possible to its original state (facades and roof).

The plan for this special building was developed in 1897 by the Rotterdam brothers G.H. and H.M. van der Schuyt. They wanted to build a ‘grand office building in the American spirit’ in Rotterdam. For a short time, the 43 meter high White House was the tallest building in Europe.

Unfortunately, the White House is not publicly accessible, but for a snack and a drink you can visit the Grand Café or Cocktailbar Restaurant Elit on the ground floor.

The Nieuwe Kerk in the city of Delft, in the Dutch province of South Holland, is a church building on the Markt in the center of the city. At 108.75 meters, the tower is the highest church tower in the Netherlands after the Dom Tower in Utrecht. The church is also known for the Tomb of William of Orange. Below the mausoleum is the crypt of Oranje-Nassau, the crypt of the Royal House.

The blackened top suggests that a major fire has raged in it. Nothing could be further from the truth. Bentheimer sandstone was used for this octagon, which becomes darker due to weathering (acid rain). Cleaning is useless.

In 1937 4.5 million kilos of cheese were traded on the Gouda cheese market. In that year, this cheese was supplied with 15,245 wagons. The flat-round, wheel-shaped Gouda cheese weighs at least 15 kg each. The switch to factory-prepared cheese brought an end to the official Gouda cheese market in the second half of the twentieth century.

Gouda cheese has been traded every Thursday on the Market in Gouda for centuries. And just like in the past, farmers and cheese merchants make a price by means of Handjeklap.

Every Thursday from 10 a.m. to 12.30 p.m. (except on Ascension Day) the traditional Cheese Market still takes place on the market.